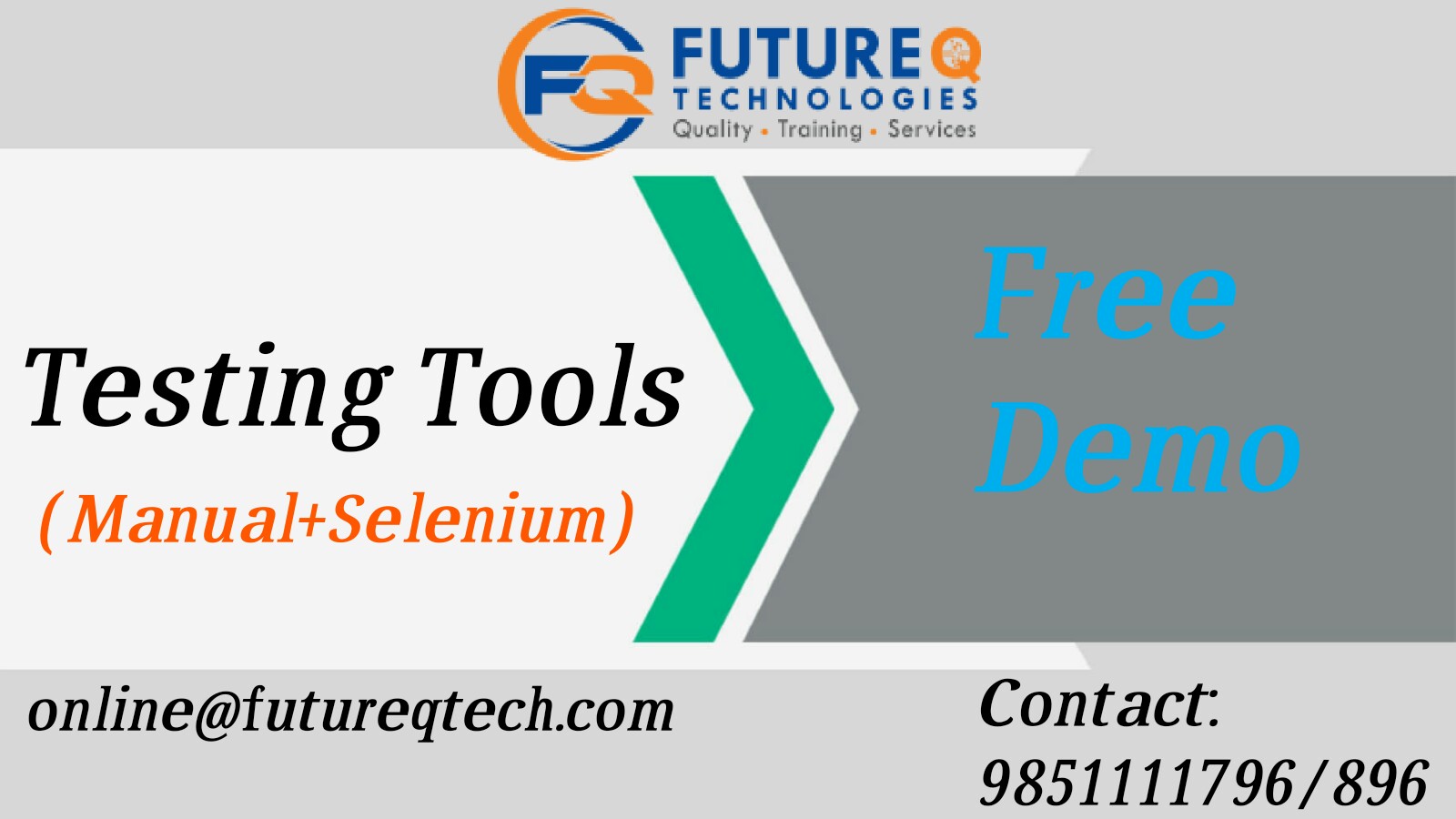 You Can Attend This Online Testing Tools ( QA ) Training Classes From Any Where In The World .In This Testing Tools (QA ) Online Training Program We Cover Manual Testing , QTP , QC And Load Runner, Selenium, Database Testing, SAP Testing, Mobile Testing. Through online software training programs we are glad to be of service to students. Our comprehensive and intensive hands on testing tools training program covers everything from fundamentals to sufficiently advanced concept to make a person confidant enough to enter the world of Quality testing.

Note: If You Are Unable to Reach My Contact Number Then Please Send Your details To My Mail ID

Testing is the process of evaluating a system or its component(s) with the intent to find whether it satisfies the specified requirements or not. In simple words, testing is executing a system in order to identify any gaps, errors, or missing requirements in contrary to the actual requirements.

According to ANSI/IEEE 1059 standard, Testing can be defined as – A process of analyzing a software item to detect the differences between existing and required conditions (that is defects/errors/bugs) and to evaluate the features of the software item.

It depends on the process and the associated stakeholders of the project(s). In the IT industry, large companies have a team with responsibilities to evaluate the developed software in context of the given requirements. Moreover, developers also conduct testing which is called Unit Testing. In most cases, the following professionals are involved in testing a system within their respective capacities:

Different companies have different designations for people who test the software on the basis of their experience and knowledge such as Software Tester, Software Quality Assurance Engineer, QA Analyst, etc.

It is not possible to test the software at any time during its cycle. The next two sections state when testing should be started and when to end it during the SDLC.

Tools from a software testing context can be defined as a product that supports one or more test activities right from planning, requirements, creating a build, test execution, defect logging and test analysis.

Tools can be classified based on several parameters. They include: